What on earth is ‘CUCKOO’ and all this ‘D.I.D.’ stuff?!? For starters, HERE IS YOUR CHEAT SHEET:

CUCKOO TRADE PAPERBACK [ 2002 ] Compilation of the 13 CUCKOO comics, most but not all of the stories are included. Introduction by Dr. Patch Adams!

Multiplicity is a fascinating pain in the ass

(Or, why all this hullaballoo?)

I’d always thought the ‘Inner Child Movement’ was a load of hooey, so visualize my surprise when I was diagnosed with Dissociative Identity Disorder ( formerly called Multiple Personality Disorder ) in 1993?!! Thinking I was savvier than my therapist – Ha! –  I repeatedly tried to latch onto the False Memory Syndrome – which was de rigueur at the time –  but these attempts were shot down by corroborated police reports. In an attempt to have my friends argue and convince me  I did NOT have D.I.D., I ‘came out’ to them. The results were a backfire of epic proportions. Instead of arguing with me they were vastly relieved! The cherry on top of my denial cake was my then-boyfriend laughing in my face whenever I insisted that I WASN’T D.I.D. Oh yes; I’d be huffing and puffing,  ’I'm not a multiple!’ while tears streamed down his face from spontaneous guffawing.  Can you imagine?! I mean, one of the hallmarks of D.I.D. is lost time, so what  the HELL had I been doing, to make people RELIEVED to hear I was a multiple?!

Unable to ditch the diagnosis, I slogged through ever-loving therapy. This was  the 90′s, when being a multiple was as companionable as being a fleck of dust in space. It was disheartening to see plenty of bad information about D.I.D., and not much of anything by multiples themselves. In 1996 I started CUCKOO comics as a way to put something, anything, out there BY a frikkin’ multiple, at least.

CUCKOO comics are the autobiographical true stories of living with D.I.D. I chose the mortifying autobio route  because fiction or ‘inspired by’ stories could easily be dismissed as tall tales.  I wanted to stand behind my stories and know they were authentic.

D.I.D. ranting…er, I mean, subject matter…can be endless, and as a result CUCKOO turned into an empire; 13 single issue comics, one trade paperback, and in 2009, a play! At this point I figure an animated feature film, and ‘Cuckoo! The Ice Capades Musical’ , should be next. Looking back on the comics and trade paperback, I am embarrassed at the artwork, packaging, and self absorption of twenty-something-moi. However, all of the material is as true to the moment as possible. The handwriting changes are actual switching, and all appearances by alters were literally dictation via voices in my head while I was drawing. One of the best pieces – Lisa’s Story – was done entirely in a dissociated state. The comics medium turned out to be a great window into the experience of D.I.D.

After 8 years of incessant therapy, I integrated and want to tell you alllllllll about it!  To this end I’ve made a pile of papers and make an annual pilgrimage to the INFINITE MIND conference where I’ve been a presenter there since their first event in 2010.

Universal validation and proper education regarding multiplicity has a long way to go, but  it’s advanced by light years since CUCKOO comics began in 1996. Thanks to many individuals, the stigma and misinformation of multiplicity is slowly being chipped away.  I no longer feel ashamed of my former diagnosis, and am glad I developed this survival tool when I did.

Thanks so much for stopping by and  visiting my little corner of the D.I.D. kingdom! 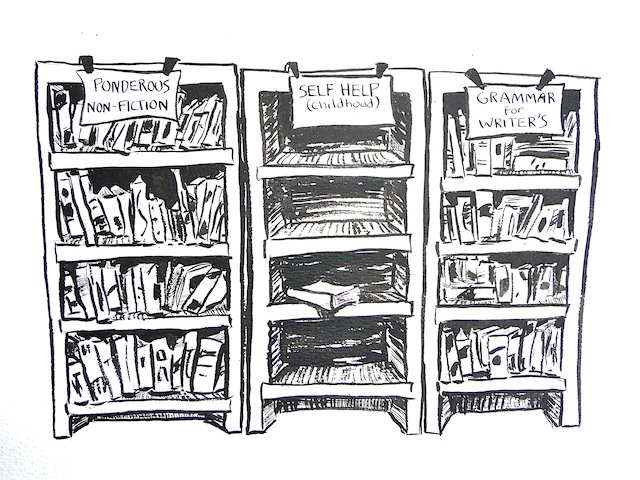